There’s something about the tension betweeen academics involved in the separate fields of sociolinguistics and psycholinguistics that smacks of C.P. Snow’s stuff about two cultures. The difference is that the current academic discourse of sociolinguists who adopt a postmodernist approach is often overtly moralistic. As an example, we have Adrian Holliday, who accuses his opponents of using terms like native speaker to prop up neoliberal ideology, and, most seriously of all, perhaps, of being racists. Let’s see how Holliday does this.

In the field of intercultural communication studies, Holliday explains that postmodernists favour a relativist epistemology based on constructivism. A relativist epistemology means that there’s no such thing as an observable external reality: everything we think we know is relative to our social and historical context. Constructivism involves talking about the things under investigation in terms of socially relative ‘constructions’ – see Guba & Lincoln (1994). (Note that Holliday, in his published articles, often claims that Kuhn’s work underpins his approach. This claim misrepresents Kuhn and ignores Kuhn’s repeated statements that under no circumstances should The Structure of Scientific Revolutions be seen as giving support to relativist views.)

Moving on, qualitative research and ethnography is the way to understand intercultural communication, but it must be freed from all positivist “solidity”. Breaking down barriers between the researcher and what’s being studied is a good thing because “researchers are implicated in subjectively co-constructing meaning with the people they research”. Cultures are seen as ‘socially constructed’, ‘imagined’ and ‘liquid’. In opposition to the postpositivist approach, Holliday wants to assert that “people are all the same”, just “brought up in different circumstances”, and he advocates the use of “inclusive narratives of cultural resonance” to explore how “people brought up in different circumstances” communicate with each other. 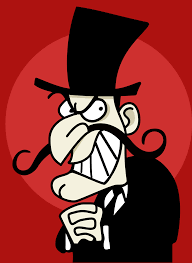 Meanwhile, the bad academics, the positivists (and now the postpostivists too, who get the brunt of Holliday’s attack) adopt a realist epistemology, which makes the outlandish assumption that a stable world exists exterior to us, and is objectively describable in terms of measurable, emprical observations. When postpositivsts talk about intercultural communication, they use “grand narratives” which “fix” things in “The Centre”, and this “blocks” your ability to be in a liquid “third space”. The postpositivists use methods which attempt to sample, triangulate and objectively represent “large cultures” by means of “presumed researcher-neutral interviews and observations”. Such an approach allows for “a technicalized commodification of methods that satisfies the current needs of the neoliberal university”, but sacrifices “the epistemology of the intersubjective ethnographic project for the sake of an illusory methodological certainty”. Most importantly, perhaps, Halliday says that the postpositivist paradigm leads to “false cultural profiling “ and to racism: “the essentialist Othering of large cultural groups” is racist.

In a presentation at the 2nd International Symposium on Language Learning and Global Competence (2019), Holliday explains the key term ‘essentialism’. I invite you to watch the video, starting at minute 16, when he says:

The question is, of course: to whom is Holliday attributing this essentialist, racist line of thought? At times, he seems to think that just about everybody – even he himself in unguarded moments – thinks like this. At minute 18 in his talk he says:

He then gives the example of a Chinese student of his who told him he’d turned down a fantastic job in Mexico. Why? asked Holliday. “Beecause Mexico is not as good as Britain” came the reply. Holliday continues:

He had a hierarchy in his head. I challenge everybody in this room …. We all position ourselves …There’s no such thing as talking about culture in a neutral way; we just cannot. Everybody is positioning themselves in a hierarchy.

We then get another example. Holliday says:

It’s worth wathching Holliday as he says all this. It’s like he can hardly believe how terrible it all is himself, but it’s his duty to bring the full horror of it all to our attention. And well, yes, if it’s as bad as he says it is, then maybe we all need to go into therapy with savants like him. Maybe that’s the only way to avoid falling into the inevitable trap of talking about culture in a way that reveals you to be a racist.

But what if you snap out of Holliday’s world for a moment and allow yourself to entertain positivist thoughts about rational argumentation? What if you go even further into the badlands of positivism and ask for evidence? How does Holliday know all this stuff about what people are thinking? And who actually makes this “essentialist statement” that ‘They’ are essentially different to ‘Us’? Let’s suppose that we ask a group of applied linguistics academics, all born and raised in France, all adopting a realist epistemology, and all doing quantitative research, to watch a film about life in Beijing where the locals are shown working and playing and doing the everyday things they do. Holliday tells us that, as positivists, they will all think, consciously or not, “Those people are essentially different to us. There’s no way we can be the same. There’s something absolutely separate about us and them”. If we ask them if they had such thoughts and they vigorously deny it, then what? Should we believe them, or should we accept Holliday’s assertion that “really” that’s what they thought because as positivists they couldn’t help themselves? In other words, do we accept Holliday’s argument that they were absolutely bound to have those racist thoughts because it follows inexorably from his definition of essentialism and his equation: positivism = essentialism?

Likewise, when Holliday says we simply cannot talk about culture without positioning ourselves in a hierarchy, what is the status of that assertion? Is it supported by any evidence, or is it the result of an empty circular argument; some sort of inivetable, inescapable conclusion which follows from the premise that positivism = essentialism? To take some more examples,

I’m struck by the conviction with which Holliday delivers his assertions. Watch him in the video as he waits for his audience to take in the full purport of what he’s saying. He seems to think that he sees everything much more clearly than normal people; in his case, thanks to looking through his polished, specially-ground  postmodernist lens.

Not only does his postmodernist approach allow Holliday to interpret our behaviour so sagaciously, it also helps him to understand that “the technicalized commodification of methods are implicit in the neoliberal agenda of the university sector”, and that, more generally, “grand narratives of nation, language, and culture are ideologically constructed. They come from politics”. He doesn’t feel the need to explain, for example, precisely how all grand narratives about language come from politics, and that’s because if we find a narrative that doesn’t obviously come from politics (all languages share a deep grammar, for example), then it’s not a grand narrative. Making things so by definition and then adding a few very personal, very meaningful anecdotes suffices to drive home necessary truths. Holliday stands on a soap box and preaches. He’s a crusader, out to save us all, and his postmodern armour protects him from silly demands to explain more carefully in plain English what he’s talking about, or to provide reliable evidence for his assertions.

As Widdowson (1995) made clear in his discussion of critical discourse analysis, Fairclough is “committed” to reveal the impositions of power and idealogical influence. Holliday is likewise committed. Having shown to his own satisfaction that positivists (including people like Mike Long who are dedicated anarchists) adopt a neoliberal ideology, he sees his job as sniffing out neoliberal ideological content – including racism – in their work, exposing it, and recommending an alternative approach based on denying the possibility of objective knowledge. Holliday, the academic, is committed not just to a qualitative, ethnographic methodology, not just to a constructivist epistemology, he’s also committed to stamping out racism, any mention of native speakers, and lots more injustices besides. However laudable such an agenda might be, it limits the scope of Holliday’s descriptions to a single, preferred interpretation. Holliday sees the world from a very particular point of view. Ironically, it is not just partial, it is also ideologically committed, and thus it’s as prejudiced as any other. So, to borrow from Widdowson again, what Holliday offers is interpretation, not analysis. 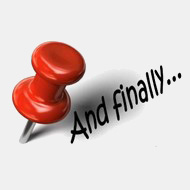 It’s precisely the attempt to remain objective which characterises the agenda of those academics working in the field of applied linguistics who Holliday so roundly dismisses. Regardless of their political opinions (and many will share Holliday’s views on the commodification of education, the exploitation of NNS teachers, and so on), these academics see quantitative data, triangluation, replication studies, etc., coupled with standards of clear, coherent, cohesive texts, as important ways to ensure that the phenomena under investigation are described and explained in such a way that the academic community can scrutinise, critique and improve those descriptions and explanations. I accept that the field of intercultural communication is one where qualitative methods and ethnographic studies might be particularly suitable. I accept that “nation” is particularly laden with ideological stuff which needs very careful handling. But I question the jargon-ridden prose Holliday writes; the circular arguments he makes; and his suggestion that any academic comparing British to Chinese culture, for example, is in great danger of giving expression to racism. Such sweeping generalisations, built on incoherent constructions like ‘essentialism’, need calling out.

Holliday, A. and MacDonald, M. (2019) Researching the Intercultural: Intersubjectivity and the Problem with Postpositivism. Applied Linguistics. Free to download here:  https://academic.oup.com/applij/advance-article/doi/10.1093/applin/amz006/5370651