Prof. Tomlinson features in a podcast this week by TEFL Training called “Stop complaining and start adapting – how to make best use of your coursebook.” The title’s rebuke is silly, and certainly doesn’t reflect the prof’s own views; as the interviewer points out.  Years ago, an exasperated Tomlinson got his students to all stand up, and, on the count of three, throw their coursebooks out the window. Anyway, there’s some great advice in the interview (e.g.: start at the end of the unit), and listening to Tomlinson’s cheery voice is always a real pleasure. Highly recommended.

Tomlinson has long specialised in materials design and development, and he has consistently fought for materials to be “written in such a way that the teacher can make use of them as a resource and not have to follow them as a script.” He’s been engaged in a good-natured but doggedly-determined argument with publishers for more than 30 years, fighting against the increasingly-bloated form of coursebooks, their increasing reliance on explicit grammar teaching, and

the scarcity of narrative, of extensive reading and listening, of intelligent adult content, of achievable cognitive challenges, of real tasks which have an intended outcome other than the practice of forms, and of activities which make full use of the resources of the learners’ minds. In other words, … the apparent disregard of the findings of second language acquisition research.

The evaluation focuses on the extent to which the six coursebooks help students to achieve long-term acquisition of English by facilitating “deep processing”. Tomlinson sees deep processing as the result of students taking part in challenging cognitive tasks and meaningful interaction with others. This deep engagement with the language contrasts with activities which concentrate on linguistic decoding  and encoding (e.g., the presentation of grammar points and vocabulary, and controlled and guided practice activities) and which lead only to shallow processing and short-term learning. 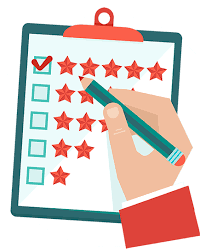 Units 5 and 10 of each book is examined in the light of 15 criteria, as follows:

To what extent is the course likely to

Each criterion is scored on a scale of 1 to 3

And the scores (got by averaging the scores for all 15 criteria) were:

In other words, none of the coursebooks was judged likely to be effective in facilitating long-term acquisition, and all but two were judged to be relatively useless (my words).

Reading Tomlinson and Masuhara’s comments, I feel that they came to the same conclusion as I did when I read the New Headway and Outcomes Intermediate Students books. As they say, ” the focus is on explicit learning of language rather than engagement”. Students are led through a course which consists largely of teachers presenting and practicing bits of the language in such a way that only shallow processing is required, and, as a result, only short term memory is engaged. There are very few opportunities for cognitive engagement; most of the time, teachers talk about the language, and students are asked to read or listen to short, artificial, unchallenging texts devised to illustrate language points. When they are not being told about this or that aspect of the language,students are being led through a succession of frequently mechanical linguistic decoding and encoding activities which are unlikely to have any permanent effects on interlanguage development. 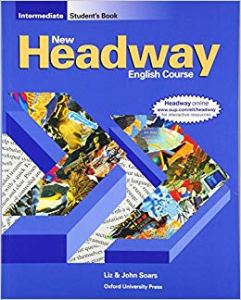 So much help is given to the learners that all the tasks seem to become both linguistically and cognitively easy. The questions tend to be superficial in a sense that answers can be found in the texts without really having to think. It feels like many of the activities are like easy quizzes.  ….

Nearly all the ‘production’ activities are actually practice activities, as the learners are told what to say and how to say it.

With reference to Outcomes Intermediate, they say:

The learners do not really have to think about any of the texts or the language used in them. Some of the texts could have been used to stimulate thought and discussion about issues, but they are only used as a basis for comprehension questions and language work. Some of the activities have potential for cognitive engagement, but the emphasis is on practising language rather than on expression of ideas.  ….

The production activities focus on practising language just presented (for example ‘Role-play a conversation. Use at least two “be/get used to” comments’) rather than on communication.

In their concluding remarks, the authors say that the explanation for these unsatisfactory results is simple: publishers‘ interests prevailed. Publishers like profit; they’re  risk averse and have no interest in any radical reform of a model that has endured for over thirty years. They choose to give priority to face validity and the achievement of “instant progress”, rather than to helping learners towards the eventual achievement of communicative competence.

We should thank TEFL Training for giving us a chance to listen to Prof. Tomlinson’s wise words, but we shouldn’t take any notice of their call to “Stop Complaining”. We should complain with all our mights; we should call out the teacher trainers who condone, and even encourage, the use of coursebooks, and we should make our voices heard. At the start of a new term, wouldn’t it be great to follow the young Tomlinson’s example.

OK, everybody. Go to the nearest window with your coursebook.

Take the coursebook in your hand.

Raise your hand above your head.

Now, on the count of three, I want you to throw your coursebook out of the window.

7 thoughts on “Brian Tomlinson on Coursebooks”