Currently, the most popular way of teaching courses of General English is to use a coursebook. General English coursebooks provide for the presentation and subsequent practice of a pre-selected list of ”items” of English, including grammar, vocabulary and aspects of pronunciation. The underlying assumpton is that the best way to help people learn English as an L2 is to explicitly teach the items and then practice them. This assumption is falsified by reliable evidence from SLA research.

Those bent on defending coursebook-driven ELT either ignore the evidence, or they counter by pointing to research which suggests that explicit teaching is effective. There are two problems with such a counter argument: 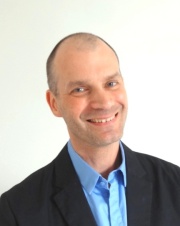 while research studies conducted between the 1970s and the 1990s cast significant doubt on the validity of more explicit, Focus on Forms-type instruction such as PPP, more recent evidence paints a significantly different picture.

But, of course,  recent research doesn’t do anything to validate the kind of focus on forms (FoFs) instruction prescribed by PPP, and no study conducted in the last 20 years provides any evidence to challenge the established view among SLA scholars, neatly summed up by Ortega (2009):

Instruction cannot affect the route of interlanguage development in any significant way.

Anderson bases his arguments on the following non-sequitur:

Moving to the second matter, the research which is most frequently cited to defend the kind of explicit grammar teaching done by teachers using coursebooks is the Norris and Ortega (2000) meta-analysis on the effects of L2 instruction, which found that explicit grammar instruction (FoFs)  was more effective than Long’s recommended, more discrete focus on form (FoF) approach through procedures like recasts.

However, Norris and Ortega themselves acknowledged, while others like Doughty (2003) reiterated, that the majority of the instruments used to measure acquisition were biased towards explicit knowledge. As they explained, if the goal of the discreet FoF is for learners to develop communicative competence, then it is important to test communicative competence to determine the effects of the treatment. Consequently, explicit tests of grammar don’t provide the best measures of implicit and proceduralized L2 knowledge. Furthermore, the post tests done in the studies used in the meta-analysis were not only grammar tests, they were grammar tests done shortly after the instruction, giving no indication of the lasting effects of this instruction.

This week, Steve Smith has been tweeting to remind people of a blog post he wrote on “The latest research on teaching grammar” , which gives a summary of a chapter in a book written in 2017. In other words, Smith’s report is two years out of date, thus hardly warranting the claim to report “the latest” research. I should add that Smith’s comments show a depressing lack of critical acumen, coupled with an ignorance of the function of theories. Having outlined the different views of SLA scholars on the interface between declarative and procedural knowledge, Smith invites teachers to suppose that

all of these hypotheses have merits and that teaching which takes into account all three may have its merits.

But the non-interface and strong-interface hypotheses are contradictory – they belong to theories which provide opposed explanations of a given phenomenon and one of them is therefore false. 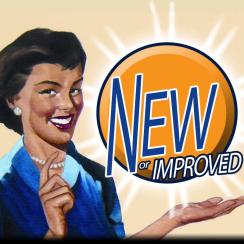 Newer meta-analyses have used much better criteria for selecting and evaluating studies. The result is that the conclusions of previous meta-analyses have been seriously challenged, and, in some cases, flatly contradicted. Below are excerpts from Mike Long’s notes summarising the most recent meta-analyses.

Note: Implicit and FoM are both defined negatively, by the absence of something.

Crucial to the results on studies of form-focused instruction is the length of treatments. Most studies have very short lengths of treatment, which weakens Implicit, FonF and FoM unfairly, as all three require more time and input. On p. 16, we learn that 21% of the studies were done in one day, 74% over two weeks or less, and 50% of sessons lasted one hour or less.

The shift in the instructional focus of studies from Norris & Ortega (2000) to Sok et al (2018) shows how more and more researchers (but not yet pedagogues or textbook writers) have recogized the limitations of explicit instruction and woken up to the importance of, and need for, incidental learning and implicit knowledge.

Instruction over an average of 11 days, average of two sessions and 48 minutes per session.

Using immediate post-test scores as the DV, results for moderator variables were: 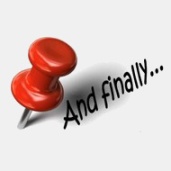 There is general agreement among academics researching instructed L2 learning that explicit instruction can play a significant part in facilitating and accelerating the learning process. But it’s becoming increasingly clear that the type of explicit instruction which typifies a PPP approach to ELT, delivered through coursebook-driven ELT, is not efficacious. More and more research evidence supports the view that teachers should concentrate on scaffolding implicit learning, using explicit instruction in line with Long’s FoF model.

3 thoughts on “The value of form-focused instruction”