Scott Thornbury recently gave a talk called “Towards a performance-based approach to language learning”, which was skillfully summarised by Jessica Mackay. I base my notes on her summary and I recommend that you click on this link to see Jessica’s summary.

Thornbury suggests that Chomsky’s focus on linguistic competence should be replaced by a focus on language performance.

This is well-trodden ground for Thornbury, but in this talk he doesn’t go over the ground in any detail. He makes do with the bulldog, bulldog bullldog .. example to stress how locked up in an ivory tower Chomsky is, and contrasts it with examples of what people actually say. This appeal to common sense and to how common people speak doesn’t last long – by the time Thornbury gets to the end of his talk he’s visited a succession of obscurantist works, starting with Malinowski’s special take on functionalism, through Goffman’s symbolic-interaction perspective, or dramaturgical analysis, Judith Bulter’s gender performativity and geneological feminism, Deborah Cameron’s neoliberal feminism, ending up in la la land with Lapaire, Holmes, and research into embodied cognition.

Getting off to a brisk start, Thornbury once again dodges the question of how children’s demonstrated knowledge of language can be explained by those like him who adopt a usage based, emergentist view of language learning. Recall that, years ago, in his discussion of Chomsky in P is for Poverty of the Stimulus , Thornbury answered the question thus:

The child’s brain is mightily disposed to mine the input. A little stimulus goes a long way, especially when the child is so feverishly in need of both communicating and becoming socialized. General learning processes explain the rest.

If Thornbury wants to follow Nick Ellis in adopting an associative learning model and an empiricist epistemology, he needs to pay more serious attention to these questions:

And yet, he never has given any coherent answer to these questions, nor has he presented  his own usage-based theory of language learning. To read my comments on Thornbury’s attempts to explain his view of language learning, please see the post The Works of Scott Thornbury: Part 1 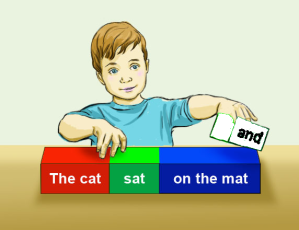 Next, Thornbury invokes Halliday’s (1978: 38) suggestion that

‘Instead of rejecting what is messy, we accept the mess and build it into the theory’.

language is akin to a collage, improvised from a collection of ready-made elements, and the skill of speaking depends more on remembering procedures than on following rules.

Thornbury doesn’t discuss the theory that Halliday built from studying messy performance data, or do more than repeat Hopper’s suggestion that language is akin to a collage. While Halliday’s systemic functional grammar certainly looks at the performance data, I doubt that Halliday would sign up to the the view which Thornbury’s trying to articulate in this talk.

As for the Hopper quote, accepting the assertion that the skill of speaking depends more on remembering procedures than on following rules depends on accepting a usage-based theory of language learning. Instead of arguing the case for such a theory, Thornbury gives a quote as if it argues his case for him.

Next, Thornbury recommends seeing language as “accumulated by the process of repeated performance”. As an example, Scott showed the incomplete phrase:

While most expert users of English would give the complete sentence as “You must be joking”, a search of the Corpus of Contemporary American English reveals that the most frequent verb appearing in this structure is doing.

What does it mean to say that language should be seen as “accumulated by the process of repeated performance?” Supposing that it makes sense, what reasons are there to suppport it? Is the example supposed to serve as evidence supporting this view?  Surely “You must be doing!” isn’t as frequently found in the COCA corpus as “You must be joking!”, is it? And anyway, how does this support Thornbury’s assertion that language is accumulated by the process of repeated performance? If the instinct of native speakers is to expect the missing word to be “joking”, and it turns out that we’re all wrong, what follows?

Finally, we get to the nitty gritty: Thornbury makes the big statement: humans are primed to look for and identify patterns in the mess of language performance data which they’re exposed to, and therefore, learning grammar involves abstracting regularities from the stock of known lexical sequences” (N. Ellis, 1997).

I’ve commented on Thornbury’s attempts to use usage based language learning theories in other posts (see The Works of Scott Thornbury cited above, or What good is relativism? for example), but since here he endorses Nick Ellis’ view of grammar learning, we might pause to look at other things he’s said on the matter. His “Slow release grammar” piece might be seen as an attempt to follow Ellis. He says:

How does this square with some of Thornbury’s other publications? Look at his CELTA books, or Grammar Practice Activities, for example, where a much more traditional view seems to be adopted. Then there’s his book Natural Grammar, which is in a class of its own. Does Thornbury’s increasing commitment to alternative views of grammar imply a further turn? Given that language is accumulated by the process of repeated performance, will he now recommend Hoey’s view (there’s no such thing as grammar), or some version of Construction Grammar, or perhaps Dellar’s view of “Bottom-up grammar”? 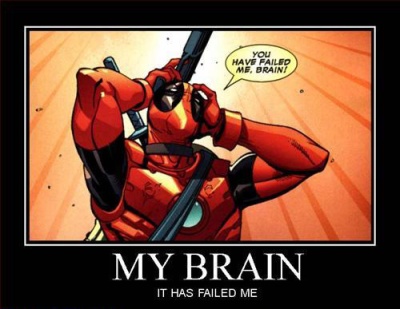 Back to the talk. Thornbury concludes the section with this:

What does it mean? Is it meaningful? Is it a legitimate inference? How can we decide if the state of affairs described in the antecedent (language is learned for worldly use) is a sufficient condition on the circumstance described in the consequent (the learning process must be use-based)? What are the constraints on “worldy use”? How can we test whether language is learned for wordly use? What might an unworldly use look like?

This is, of course, the kind of language that those trying to develop a sociocognitive view, or a sociocultural approach, or a complexity theory approach, or an identity approach, or a language socialization approach, or an embodied cognition approach, like to use. It’s not exactly a good example of the messy stuff of “performance language”, the sort of thing normal folk walk around saying to each other, now is it? Which raises the question of its existential, embodied status. What if it fails to make it into the COCA corpus? Does the fact that Thornbury’s said it once, and that there’s every chance he’ll say it again, improve its chances? Will it finally become a pattern that our children will be primed for? 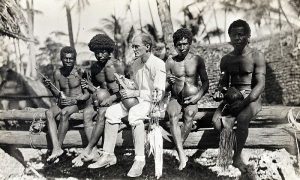 Thornbury introduces his Performance as embodiment section with the following quote from Malinowski:

“Ultimately all the meaning of all words is derived from bodily experience.”

What support from research into embodied cognition do you think Lapaire gets from this quote from Holme (2009: 53):

The body can be rethought as the expressive instrument of the language that must be taught.?

Does the quote help you to understand what Lapaire is doing in the video clip? Do you think you can use a similar approach in your teaching?